Our project minor has been on the roads for Britain for over 40 years, and in that time she got a little tired, and not a little rusty. Despite a half-hearted overhaul back in 2000, she was looking very worn and a thorough examination showed that structurally she was a disaster area. 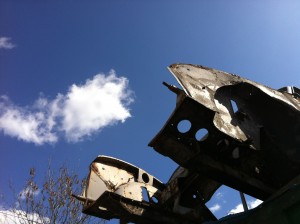 There was a hard choice. Scrap the car and buy a replacement, or do some serious work. We spoke to the experienced team at JLH Minors who stripped the car down and found serious rust, a misshapen chassis (thanks to botched placement of a sill), cracked chassis legs… the list was terrifying and seemed endless. But eventually, the expertise of these race specialist restorers paid off. 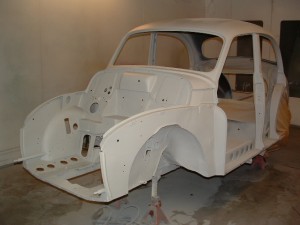 The bare shell restoration produced a car that was like new. No rust lurking and waiting to ambush us. Not only that, the two-pack paint, in her original Trafalgar blue looks stunning. 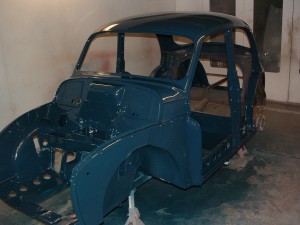 As part of the conversion, in a move that makes driving on the European Continent somewhat easier, she was converted to left hand drive. She also sports disk brakes, uprated rear suspension (with turretted shock absorbers) and minilite alloy wheels. A brand new electrical system (with heated front and rear screens), and a dash with extra instrumentation were installed and were chosen with the final conversion to an electric vehicle in mind. 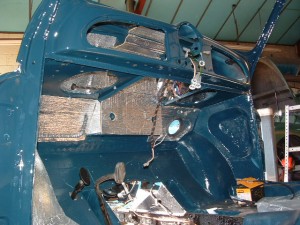 Over the past two years she’s had a thorough shakedown, and there’s more changes we want to make before the conversion, but she still looks stunning and frequently draws a crowd where she’s parked.